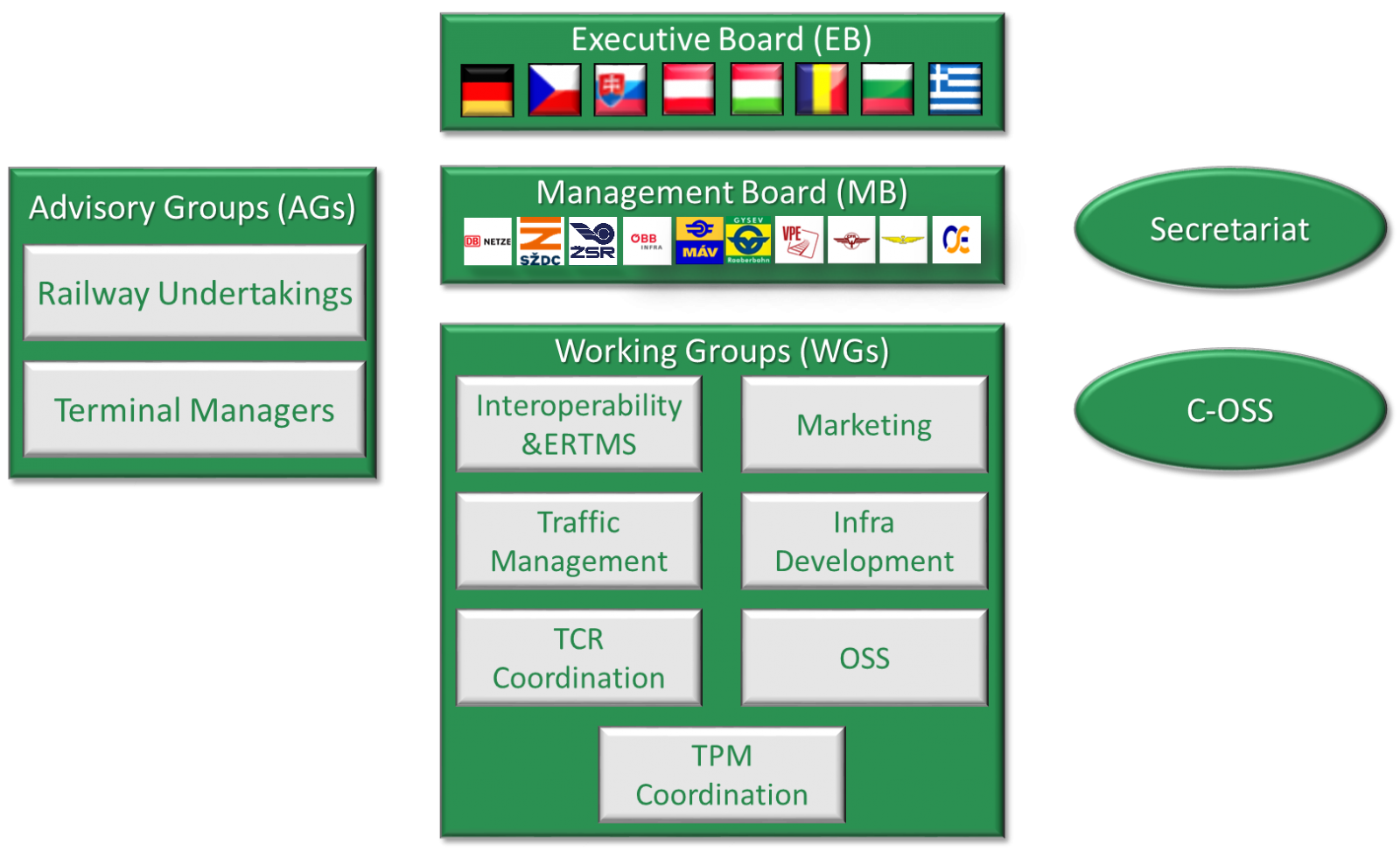 Ministries of transport have established the Executive Board. It is defining the strategic objectives of the rail freight corridor, and has a supervisory role over their implementation.

The Executive Board was established on 16 June 2011 in Luxembourg via signing a Memorandum of Understanding between the ministers of transport. This document has since been replaced in order to let Germany join the Board. This took place on 5 December 2017. The document currently in effect can be downloaded here.

The infrastructure manager and capacity allocation companies obliged to set up the Management Board based on Article 8.2 of Regulation 913/2010/EU had their first meeting on RFC7 matters in early 2011. The body was officially established in September 2011 by the signature of a Memorandum of Understanding by the eight infrastructure managers and one capacity allocation body of the corridor. The RFC-Regulation has since been amended by Annex II of Regulation (EU) No 1316/2013, which has extended the Principal Route of the former Rail Freight Corridor 7 to Germany (Bremerhaven/Wilhelmshaven/Rostock/Hamburg), and made further extensions in the South Eastern parts of the corridor (Burgas/Svilengrad concerning the Bulgarian and until Patras concerning the Greek part of the RFC), furthermore renamed it into Rail Freight Corridor Orient / East-Med (RFC OEM). The extension i.a. results in the involvement of the rail network of DB Netz AG on the territory of the Federal Republic of Germany. The Management Board consist of the following companies:

Conclusions of MB meetings are recorded in minutes and decision lists. They are shared in circular e-mails and on an internet site accessible for each member, together with the preparatory material, presentations and basic documents produced by the MB.

Taking account of the volume and the types of tasks identified by MB members in respect of corridor formation, the MB has decided to set up seven Working Groups and a Secretariat to support its work. Decisions of the Management Board are usually based on the proposals and background material compiled by these organizations.

The current Internal Rules of Procedure of the MB were approved in May 2018. The document describes the tasks and responsibilities of the MB, the Working Groups and the Secretariat, defines the rules of convening meetings, the procedure of decision-making, the means of communication and the basic conditions of financial management of corridor activities. The common costs of MB operation are jointly covered by the involved companies and co-financed by the European Union through the Connecting Europe Facility.

The Management Board of RFC OEM looked closely at each provision of the RFC Regulation, identified the basic structure of activities, and systematically divided the tasks to the expert groups most competent in the particular fields. As a result, seven Working Groups have been established, each composing of expert members from every MB member company, to deliver the required measures.

Each Working Group’s work is co-ordinated by a Head of WG designated by the Management Board therewith possibly each infrastructure manager can direct one WG. The head of WG is responsible for the organization and co-ordination of the work in the respective WG according to the decisions and expectations of the MB and according to the aims and rules set out in the Regulation.

Every WG keeps a record of the activities, documents, consultations and decisions made by the WG. Heads of WGs inform the MB about the activity of the WG via the Secretariat for every MB meeting, or take part in the MB meeting upon request of the MB.

The following Working Groups are set up and operated:

The tasks of each WG are included in the Internal Rules and Procedures, and they are also governed by the necessity arising in the process of corridor work. Though the topics of WGs overlap, their main fields of competence are summarized in the below table.

Through in-depth investigation and cooperation, the professionals of Working Groups analyse several aspects of the corridor tasks, summarize existing procedures country-by-country in their field of competence, and examine numerous possible solutions. They make serious efforts to define operational conditions which are applicable in every involved member state by the IMs and the AB. Their proposals form major input for the Management Board for the essential decisions.

Involvement of business partners in rail freight corridor establishment and operation is important for the infrastructure managers and allocation body of the corridor, because transport services cannot be provided without their active participation in the production process. Therefore, an Advisory Group of Railway Undertakings and an Advisory Group of Terminals have been established.

According to Articles 8.7 and 8.8 of Regulation 913/2010/EU, the Advisory Groups may issue an opinion on any proposal by the Management Board which has direct consequences for their members, and they may also issue own-initiative opinions. Participation in the Advisory Groups is voluntary.

A complete list was prepared of Railway Undertakings contracted with involved IMs and of Terminals along the corridor in early 2012, and the MB of RFC OEM informed all these companies about the act of rail freight corridor formation, and invited them for an initial meeting on national level.

Since their establishment, the MB has asked for the opinion of AGs in respect of the content of the Transport Market Study, the Investment Plan, the C-OSS Operation Rules and Priority Rules. Some of their proposals have been accepted, some others are under discussion inside the Working Groups of the MB.

Principally RFC OEM Secretariat acts as a single channel of communication between RFC OEM MB and RFC OEM AGs, it spreads material for consultation to every company registered as AG member, and receives feedback from the Leaders of the two AG only, which contains the opinion of all AG members.

The flow of information is illustrated below. 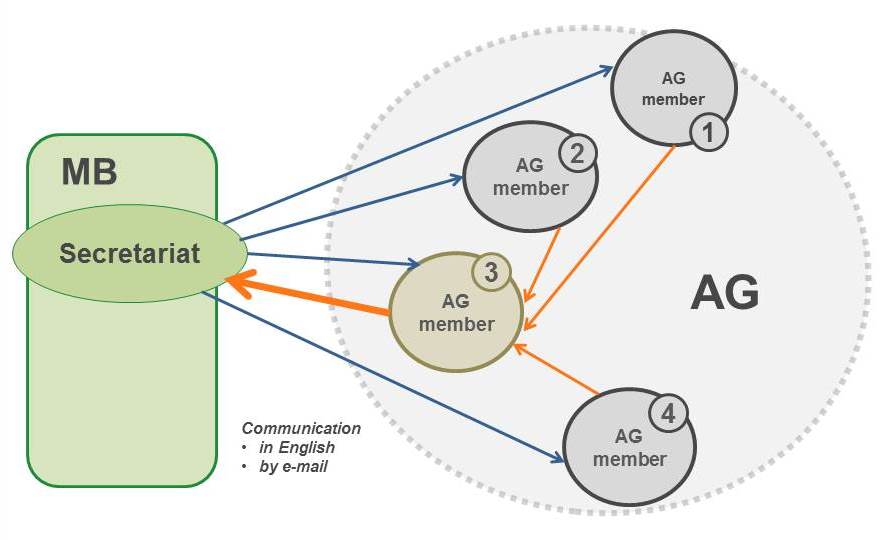 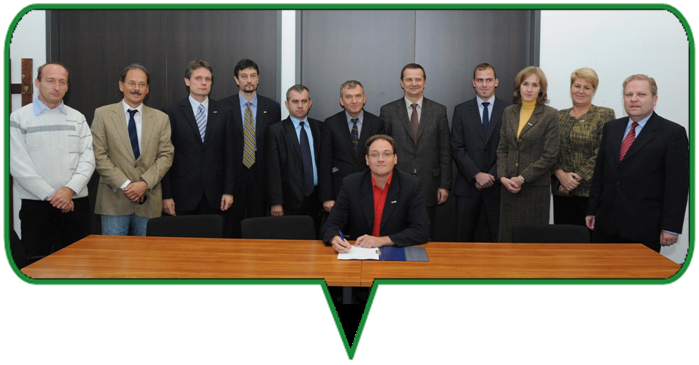 The Management Board of RFC OEM decided to operate a Secretariat, which provides the appropriate administrative support to enable the MB to carry out its work, ensures that the tasks of the MB are properly co-ordinated, and organises all other associated aspects of corridor activity.

At the MB meeting on 15 November 2011 the members agreed that MÁV Hungarian State Railways shall fulfil the tasks of the Secretariat. Taking into account that RFC OEM Secretariat activity is of common interest of every Party, its cost is covered jointly by the MB member IMs and AB.

and to receive answers, in a single place and in a single operation, regarding infrastructure capacity for freight trains crossing at least one border along the freight corridor (hereinafter referred to as a ‘one-stop shop’).

The MB of RFC OEM decided on 1 October 2012 that one employee of VPE Hungarian Capacity Allocation Body will carry out the tasks of C-OSS of RFC OEM, as VPE undertakes the role of being ‘representative C-OSS’ (i.e. one MB member company in the Corridor acting on behalf of all members, supported by IT tool) of RFC OEM until a period of 2 years.

The working language of the RFC OEM C-OSS is English, so daily operation, preparation of documents and possible meetings are held in English in the framework of RFC OEM C-OSS activity.

The supervisor and the responsible for establishment of C-OSS is the Management Board of RFC OEM, while the management of the C-OSS’s daily professional tasks shall be handled by VPE.

VPE shall carry out all the tasks and duties related to the C-OSS mentioned in Regulation 913/2010/EU, in particular: